The NFT market is growing rapidly, with more people investing in NFTs. In 2021 alone, the NFT market reached a $40 billion valuation. The NFT market has also gone mainstream, with more celebrities and big brands launching their digital projects. Even though non-fungible tokens are one of the most popular topics in the world right now, not many people understand what they are and their impact.  This article will provide you with up-to-date NFT industry statistics to enable you to know how NFTs are changing the world of cryptocurrency and investing. So, let’s get right to it.

The Financial Times and Chainalysis Inc., a blockchain analytics firm, reported that over $40 billion was spent on NFTs by the end of 2021. This was a massive leap from 2020’s sales, and there are indicators that the trend will continue to grow.

Artnet.com reports that the most costly NFT art sold to date is Pak’s “The Merge”, a 3D animated video. Nearly 30,000 buyers bought this NFT in multiple shares for around $92 million.  Plus, outlined below in no particular order are the top ten most expensive NFTs below. 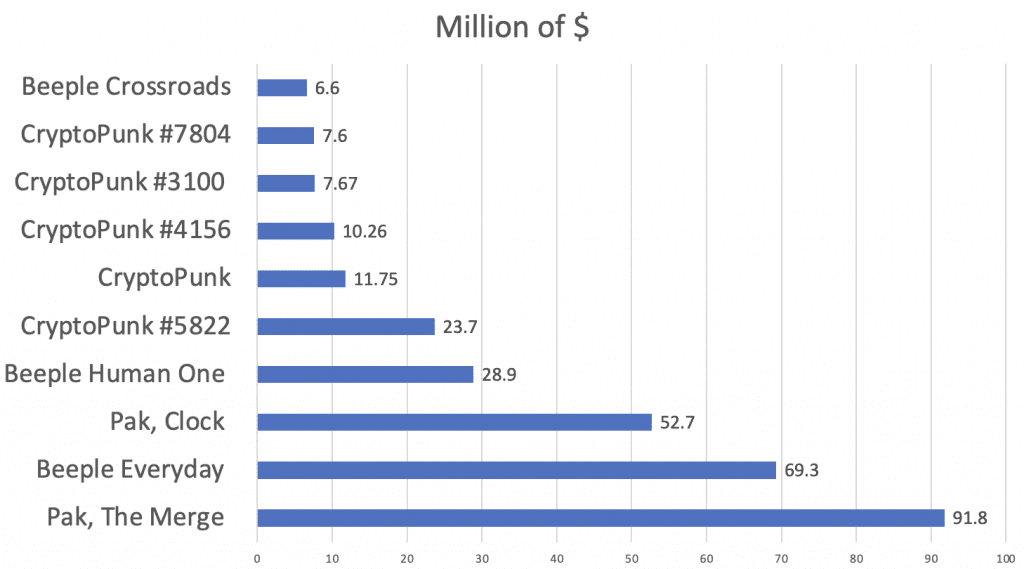 CryptoPunks have five of the top 10 NFT sales

Larvalabs created CryptoPunks on the Ethereum network, and they account for five of the top largest NFT sales. In March 2022, CryptoPunk #5822 sold for approximately $23.7 million, and a combination of all five CryptoPunk sales total $56.4 million.

According to nonfungible.com, the sales volume fell by approximately 50% from what it was in 2021. But despite this reduced volume of buyers and sellers, the market is still standing strong as almost $8 million worth of sales were carried out in the first quarter of 2022.

DappRadar reported that Moonbirds generated almost $150 million in sales in the first week of its launch. This collection has sold a total of $320 million, most from secondary sales.

Axie Infinity has sold over $4 billion worth of NFTs

Axie Infinity, an NFT-based play-to-earn digital game, has sold over $4 billion worth of NFTs, placing it at the top of the list of all-time sales value. Also, they generated $1.3 billion in revenue in 2021. Bored Ape Yacht Club is a close second with over $2.5 billion worth of sales.

Reports by Artnet.com show that approximately 50% of all NFT sales have a value below $200, with the primary sales going for $100 or less. The reports also state that NFTs with over $1 million in sales value are only about 0.14% of the total NFTs.

A LeBron James’s NFT sold for over $20 million

An NFT of LeBron James sold for more than $21.6 million on the NBA Top Shot marketplace, making LeBron the first athlete to make more than $20 million from NFT.

Eminem sold his first NFT for over $1.5 million

According to Tone Deaf reports, Eminem’s Shady Con collection sold in April 2021 for $1.78 million. This collection, the most expensive NFT sold by a music artist, included different digital action figures that influenced him during his childhood.

Jack Dorsey sold his first tweet as an NFT for $2.9million on the Valuables platform, making it the most expensive NFT tweet to date.  However, the tweet is now worth only $6800.

The most expensive NFT meme sold for close to $4 million

Collectibles are the primary sector in the NFT Industry

Nonfungible.com reports that collectibles are far ahead of digital art, games, and metaverses in the industry. The total trading volume of collectibles for Q1 2022 was over $6 billion, with art and metaverses following closely behind with $673 million and $365 million, respectively. 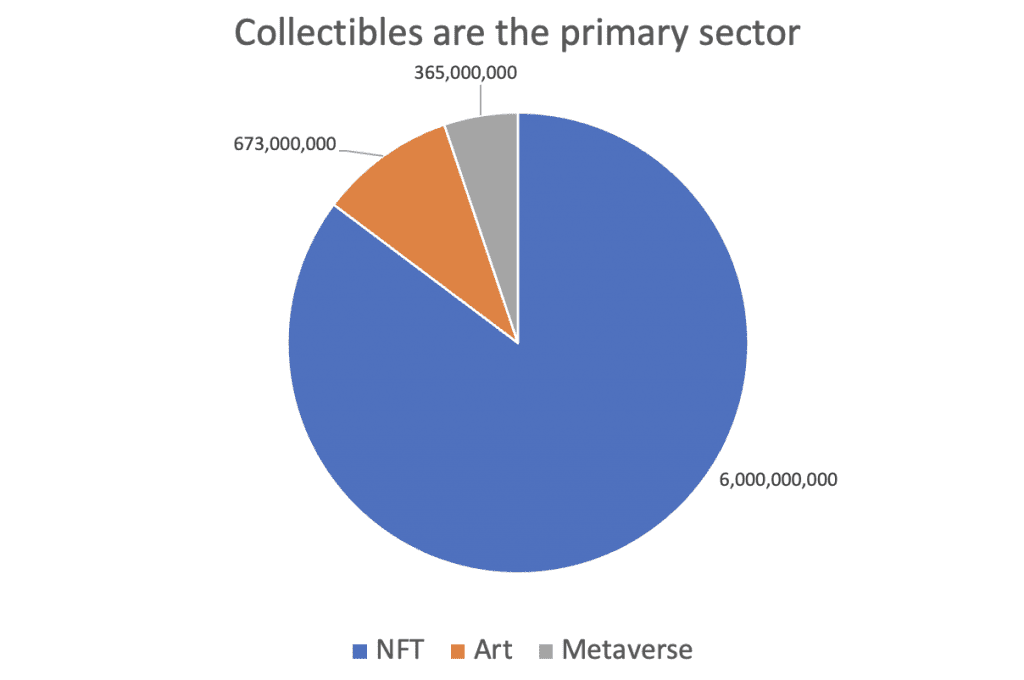 OpenSea is worth more than $13 billion

The BBC reported that OpenSea, the most popular NFT marketplace globally, is worth more than $13 billion after raising a new $300 million investment.

It costs about $100 to mint and sell NFTs

The average cost of minting and selling NFTs range from $60 to $120, as NFT creation can be costly, and this is because of the blockchain technology used.

CNET reported that OpenSea, which is the most popular NFT marketplace globally, has more than 250,000 active users trading NFTs monthly.

According to nonfungible.com, Singapore, Hong Kong, China, Taiwan, and the Philippines occupy the top 5 positions of countries with major NFT interests.

Over 20% of millennials in the US collect NFTs actively

Morning Consult reported that over 20% of millennials actively collect NFTs as an investment in the US, with the number expected to grow as NFT awareness increases. The research also stated that Millennials are three times more likely to trade NFTs than Gen Z’ers.

Americans make up more than half of NFT investors

According to Christie’s, Americans make up more than half of the NFT investors in the world, as proven by the auction of Beeple’s Everydays: The First 5000 Days. Over 50% of the bidders lived in the US, with Europe as a close second with 27% and Asia coming in third with 18%.

Finder reported that Asia hosts the five leading countries with the highest NFT adoption, and they range from Thailand (27%), Malaysia (24%), UAE (23%) and Vietnam (17%).

Women in Thailand own more NFTs than men

According to Finder, women in Thailand own more NFTs than men, and this is based on Google Trends. 30% of Thailand women own NFTs compared to about 23% of the men.

According to Wealth Quint, people in California but the highest number of NFTs than any other US state, with Los Angeles and San Francisco following closely behind.

Over 70% of Americans don’t know what NFTs are

Even though Americans make a large percentage of the total NFT investors in the world, a significant percentage (over 70%) of them don’t know what NFTs are. However, countries like Japan, Germany, and the UK have a higher percentage of people that are clueless about NFTs.

CBS reports that an average NFT produces a carbon footprint equal to that created by a single EU citizen for over a month’s electricity use. Unlike Ethereum based NFTs, which produce this large carbon footprint, Tezos, Polygon, and Symbol emit less than 1% of CO2 generated.

Ethereum power consumption is equal to that of Hungary and Qatar

Ethereum 2.0 technology has the potential to reduce energy usage by over 90%

The official Ethereum platform stated that ETH 2.0 could reduce energy usage by approximately 99%. This will be a major upgrade to the Ethereum network, enhancing sustainability and efficiency.

Quarts reported that the carbon footprint of an average NFT could reduce simply by using a physical delivery system backed by proof-of-stake. More alternatives have continued to spring up because the environmental impact of NFTs has become a significant concern for environmentalists across the world.

What is the Best Cloud Storage? 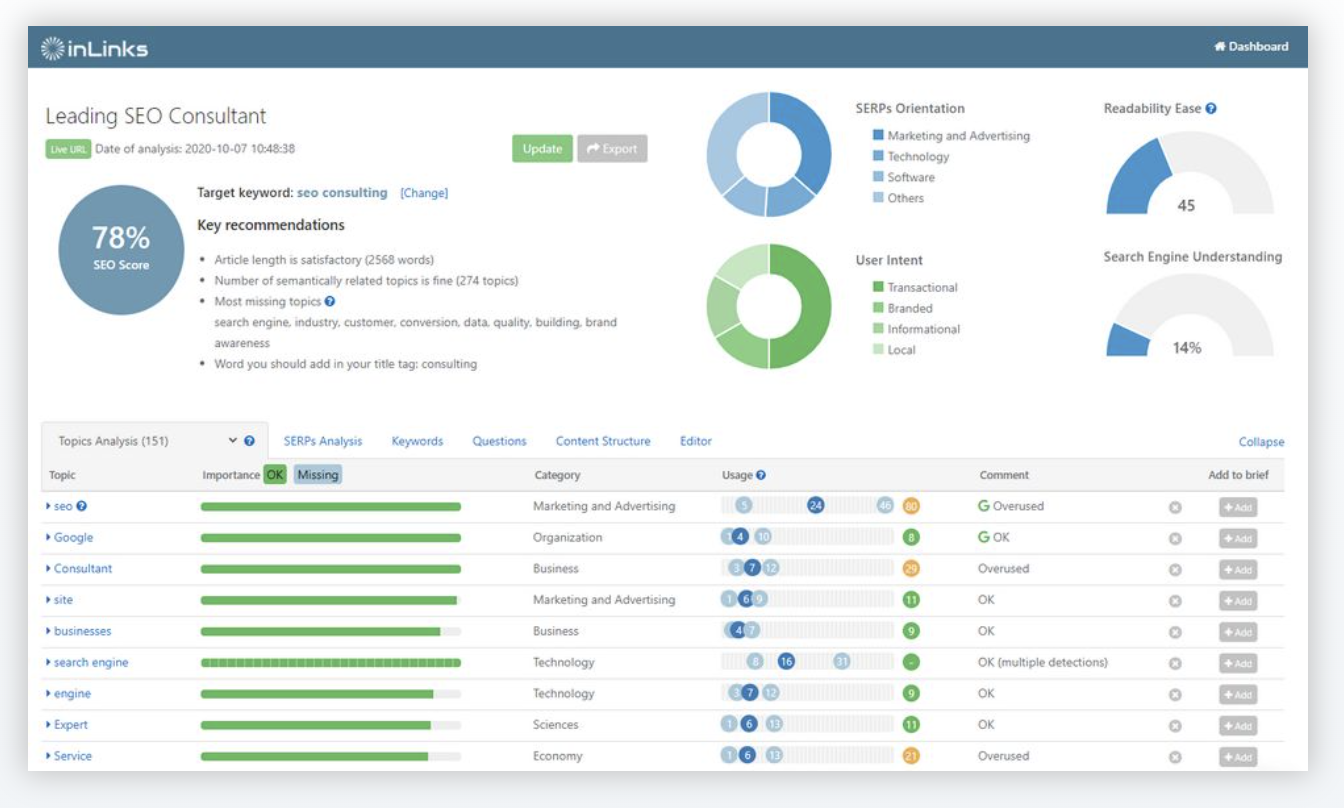 What is InLinks? I have reviewed this new SEO tool

© 2021 by Luca Tagliaferro. All rights reserved.