You are in the right place. Luca Tagliaferro is the leading SEO Consultant and this blog is the place for learning about SEO and digital marketing. 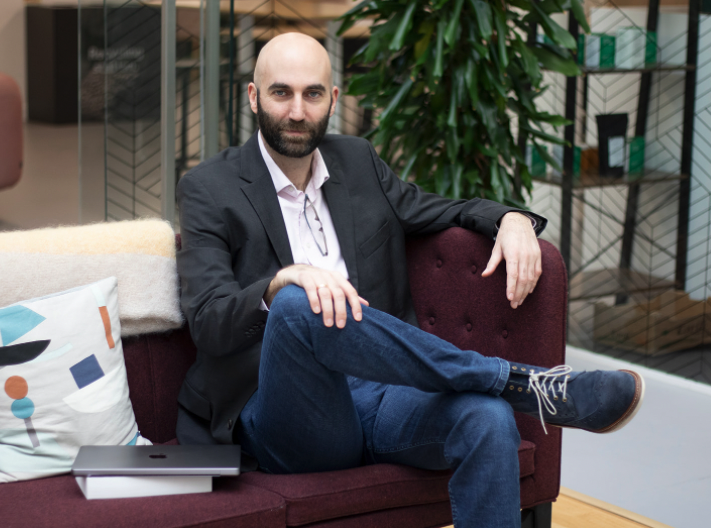 “Luca is the go-to expert for anything SEO.”

“Luca is the guru of SEMRush”.

“Luca’s contributions have moved the field of web marketing forward”.

Luca started this blog in 2018 as a side hustle, to get my personal brand out there and share his digital marketing experience.

This blog made over five figures in profit without spending a dime in advertising and projecting my image globally.

This is not the first blog I have started. In my life, I have started 4 different blogs and one is still alive, you can see it was in Italian (my mother tongue) about cloud storage reviews. My first attempt to make money online and earn a passive income.

This is how it went.

I have spent hours, months learning everything possible about the topic, then more hours writing reviews, building the blog, designing the logo and then at the end, despite ranking very high on Google, I didn’t make much money with cloud storage reviews.

It was the wrong location. Italy has a small technology market, people like free tools so despite sending thousands of visitors to software companies through my blog, these people rarely converted. And in affiliate marketing, when you don’t generate a sale, sadly you don’t get paid your affiliate commission.

So I went from the enthusiasm of being an affiliate marketer to the discouragement that all of my work was done for nothing.

After 4 attempts in the last 10 years, this blog finally took over and I have a few reasons to explain why:

So let’s see how my life progressed since I was a little kid.

I was born on the 20th of January 1980 in Gagliano del Capo, province of Lecce, Southern Italy.

I was born on a cold Sunday evening at 20.20 pm, I was the firstborn son of my two super-hero parents Marisa and Pippi and we lived in a huge villa in Corsano, a small town of about 5,000 people.

My memories of the villa are amazing, it was built in 1920 and ended up to my parents after 2 generations. It had a very large garden where I have played all sorts of sports with my school friends, from football to volleyball to tennis and golf.

In 1987, my brother Francesco was born. He is now still my little brother but he is 6.4 foot tall and 90 Kg of muscle, whereas I am still skinny as I have never liked hitting the gym.

My memories of my brother when we were kids are in the 90s, when we spent countless hours in the garden chasing cats, playing with my family dogs and playing hide and seek.

1990s - The passion for volleyball and travels

Both these two experiences were really positives for me, I have made lots of new friends at volleyball and throughout the years I have won several trophies.

I have learn what it means to work in a team, respect the authority and set goals to achieve.

In August 1995 I spent the most amazing week of my youth in Paris, with my former french girlfriend. As you can imagine, the relationship didn’t last long because back then I had my school and my volleyball in Italy, so we broke up after a few months.

It was heartbreaking for both of us, but I felt privileged to had the opportunity to spend time with this amazing person, who is now married and has two kids with her husband and happily still lives in Paris.

To everyone who asked me which University course I wanted to join, I always said “foreign languages”. Simply because I thought that travelling the world and learning new cultures was a job. A typical mistake of a person who had his head into the clouds and half a foot into the reality of things.

My dad was a successful doctor and my mom a psychologist and they both tried, without much success, to get me into medical school, but I refused to even try. To be honest, I have never regretted that decision: science, biology and the human body has never been never my interest.

Also, my friends decided to get me to stay in volleyball, apparently, I was a huge talent, according to my coach. I got the attention of the under-18 national team.

Of the two opportunities, I didn’t capitalise not even into one of them and ended up leaving volleyball for reasons that took me years to understand and elaborate on. Still, now people remember my passion and ask me why did I quit many years ago, in the 2000s. And I a not sure of the answer, even if it doesn’t matter too much anymore.

During my university years, I have travelled and met so many new friends, that I became a bit irresponsible.

In 2003, I met another girl in France, again, during my Uni exchange year, but this time she was German and we ended up spending the next 6 years of our life together, in another long-distance relationship.

In your 20s you are supposed to make mistakes, and I have made plenty of them for a long time. So I tick that box and move on.

Instead of thinking about career decisions, I thought about how to spend time with my new girlfriend, travelling to the US, France, Croatia, Italy and Germany.

Instead of building a career with a job that would fulfil me, I took light decisions and invested in courses and certifications that didn’t give any return on the investment, other than realising they were rushed and required better decision-making skills.

Because I wanted to continue the story and reunite with the German girl, I even changed my career plans and joined the European Affairs Institute of Bonn, the city where she came from, where I have graduated in European Integration Studies.

In 2007, I moved to Brussels to work my first job as EU Affairs Consultant for a consulting company.

Long story short, in 2009, in the middle of a global financial crisis, I broke up with the German girl, lost my job in European Affairs consulting and moved back to Italy with my parents at the age of 29.

Hitting this wall was the kick in the butt that I needed at the time.

While assessing my new career opportunities, I have noticed some of my former clients were asking me still how to market their website and this hit me. Then I started to research more about the Internet and discovered this enormous growth. More and more people spending time on Facebook. Google increasing their daily searches and revenue from AdWords touching the $50 Billion/ year.

I have never thought of SEO or digital marketing until I realised this was a thing. So I began to stop feeling sorry for myself and decided to complete a structured course in digital marketing with a second Master Degree in Digital Marketing.

This is when I moved to the UK.

One day in November 2011, I entered the Cafe Parisien, a little bistro in Portsmouth where French and Italian food was served. Since I love great food, I decided I had to give it a try.

To my surprise, one of their waitresses spoke Italian, despite not being Italian. Her name was Mihaela and she was keeping me company the whole time during my lunches, which became more and more frequent in the following weeks.

Renting a small flat in Portsmouth was a lonely experience, I didn’t want to spend time cooking for myself, so I popped in the Cafe Parisien during my lunch breaks and after work where I knew my new friend Mihaela would keep me company, in between serving other customers.

I have later learned that she felt sorry for me, being always with my laptop on the table and working even when I was eating, so she decided to speak to me instead.

Long story short, I married Mihaela in 2017 and we have a wonderful kid, Joseph, who is 6 years old now.

Going backwards, in 2012 at 32 years old, I started my first job in digital marketing. My responsibility was managing the JDI affiliate program – aggressively working to recruit, activate, and engage bloggers and influencers to promote JDI software, cloud storage and backup tools.

During the job, I have learnt that the most successful affiliates I was managing were skilled in SEO and they made so much money.

While the company was going very well, the stress of the job started to get on me.

The startup became one of the fastest-growing companies in the UK and was eventually sold in 2015 for an undisclosed amount.

While everything was going great, I realised this company wasn’t for me. The bigger the company was getting, the more pressure and scrutiny I would get.

This is how I have learned the basics of SEO and created myself an exit strategy.

During my time in Portsmouth, UK, I realised how much I missed Italy, but unfortunately having to work full-time in the office, I only enjoyed the summer times for 2 weeks a year. I also wanted to continue travelling with my wife, but I couldn’t see a way out of the 9-5 routine.

This was putting a lot of pressure on me and I have started to think about how I could keep earning my wage and still travel.

This is what got me to start a blog.

In this period of my life I also finally began to understand myself at the deepest level:

I was on fire, working my full-time job, learning more during the weekends and in the evenings.

By late 2019, after a few years of being a single contributor to SearchEngineJournal, SEMrush, SmartInsights, SearchengineLand and SearchEngineWatch, I started to get frustrated with guest posting articles on big websites.

Long story short, I have written the ROI of guest posting.

This research got the attention of the SEO community and even Yahoo! Finance to notice nominated me as one of the Top 20 Influencers in Digital Marketing in 2020.

This motivated me to do even better with my blog. I needed to make the most of my time because I still had a full-time job. And I intended to generate real money in the ultra-competitive marketing sector in 6-12 months (not 6-12 years).

I had to scale my blog like a startup to do this. I shifted my attention away from writing and toward treating my blog as a business.

So, instead of creating, marketing, and distributing my material the traditional way, I focused solely on scaling processes.

These procedures have three main objectives:

No matter who you are, you can do it too

The goal of my blog is to record my experience from the beginning so that we can all learn together.

Because most of us are trying to create a side business while working full-time, my objective is to provide you with the techniques and resources you need to get started.

Many podcasts, influencers, and well-known blogs have been there for at least 5-10 years, and their strategies may or may not be relevant in 2020. Furthermore, as an influencer’s following grows, their counsel becomes less practical and more general.

Starting a blog and earning money on the side may provide you with more flexibility and alter your life in a variety of ways.